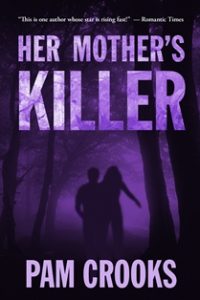 With only hours to go before she signs a crucial deal to secure prime wilderness for the state of Tennessee, Adrienne Morelli must return to the mountain where her mother was murdered. But powerful men oppose the deal, and the killer has never been found. Worse, ominous messages threaten her life, and she’s forced under 24-hour protection, thanks to her father who hires the best bodyguard Silverhawk Investigative Services has on the payroll.

The last woman Mick Corrigan wants to protect is Adrienne Morelli. She’s made it clear she can take care of herself–and doesn’t want him in her life. Not after the night he’d broken his Number One Rule: Never get involved with a client. Now his job is to keep her safe and out of his heart.

Soon, both seem impossible as together they flee into the wilderness to escape an unseen enemy, her mother’s killer….